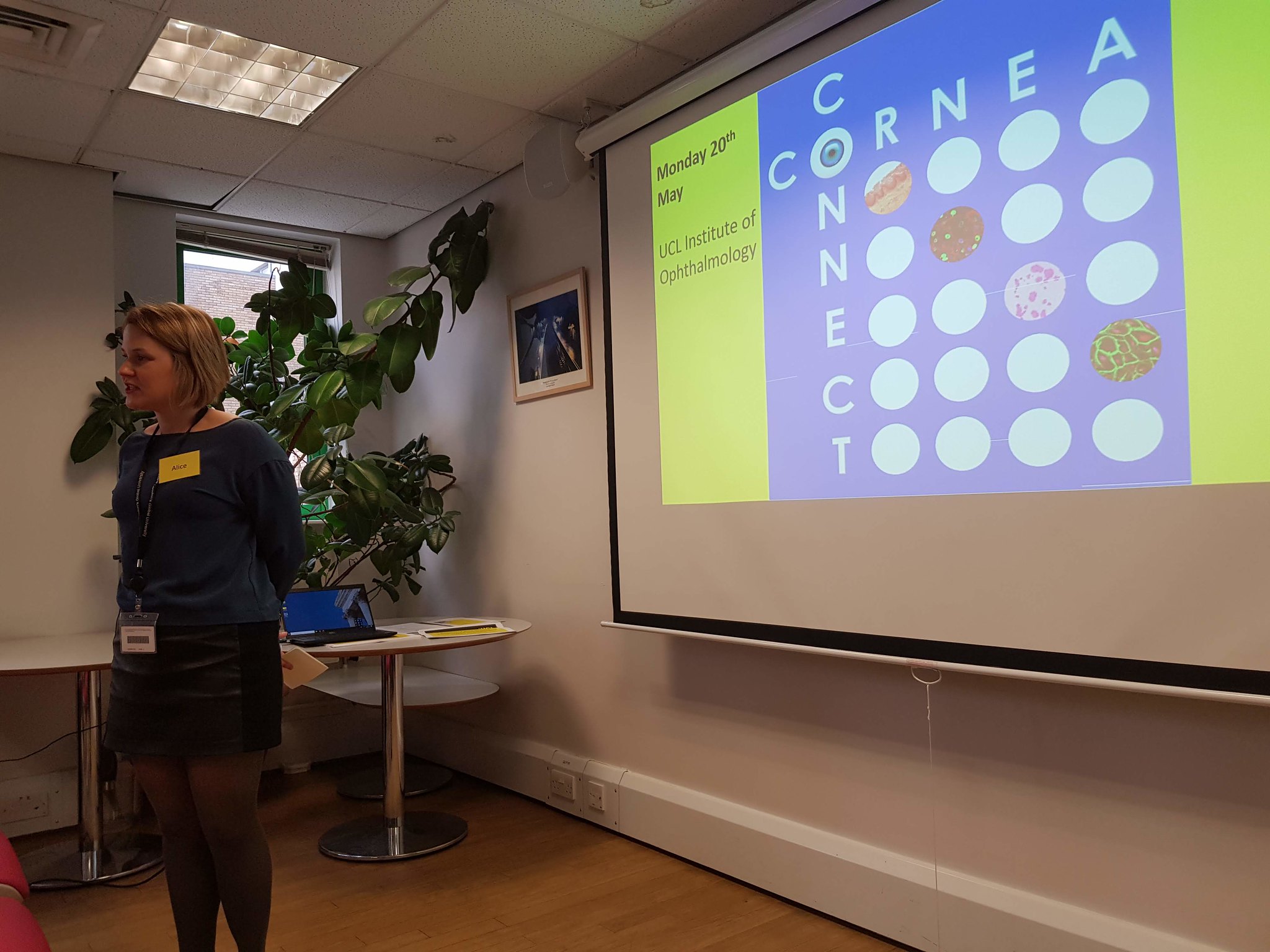 #CorneaConnect was a fantastic day discussing aniridia with medical researchers and patients at UCL Institute of Ophthalmology and Moorfields Eye Hospital.

It aimed to bring aniridia patients together with scientists and clinicians in the Cells For Sight team, to learn about cornea research and discuss experiences of sight loss.

This is important because corneal opacification often affects people with aniridia, due to deficiencies in the eye’s limbal stem cells.

First Sajjad Ahmad spoke about their planned trials to transplant Limbal stem cells on a ‘raft’ to aid their survival and growth on the eyes of people with aniridia, beyond the 3 years typically observed.

Carla then talked about her PhD project studying the growth of stroma cells with and without aniridia (PAX6 gene) to understand the effect on cornea disease.

Georgina gave a super talk about her life growing up with aniridia having 23 operations and now a daughter with the condition too.

In the afternoon the researchers put on an interactive session demonstrating the research being done and how it carried out in laboratories.

There was also a focus group session to talk about the question “What do patients think should be researched in relation to aniridia?”.

“I had never met anyone else with aniridia, didn’t even know how to spell it.

Since my daughter was born in 2013 I started to do some research. I learnt about Blind Mums Connect group on Facebook and after 3 years found someone with aniridia. They told me about Aniridia Network. From them I heard about this event and booked onto it straight away.

It was very interesting. I learned a lot more about aniridia, how it can affect people differently and the research they are doing on the cells that cause the problem on the front of the eye.

I am so pleased I went as I met 3 other people with aniridia and it gave me such a boost that I wasn’t the only one in the country. It was just brilliant to talk to someone who had the condition and could understand how I felt.

When I got home I was buzzing. The next day I woke up with a real spring in my step and on the way to school my daughter and I played tag with out cane (don’t tell the mobility trainers).

It has meant so much to me too finally meet some others with aniridia that I can’t really put it into words, but can’t wait to start helping them out and hopefully bring more awareness and get more research done. “ 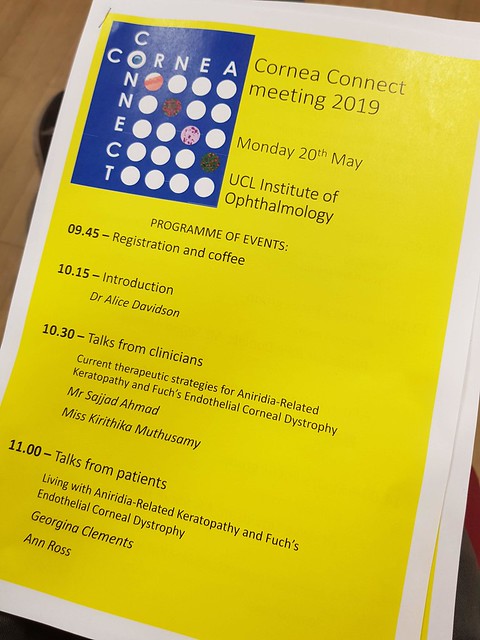 A charity support group for people with the genetic visual impairment aniridia and their families in the UK and Ireland. Our vision is that people with/associated with aniridia are hopeful, confident, supported and well informed regarding aniridia. Founded in 2000. First registered as a charity in 2011 and fully in 2018.
View all posts by Aniridia Network →
This entry was posted in Patients' tales, Research and tagged cornea, Cornea Connect. Bookmark the permalink.