Following through on her pledge to start an aniridia group in Ireland, Eleanor has organised its first meeting.

She has brilliantly secured the support and a room at the National Council for the Blind Ireland.

If you want to attend this launch meeting contact meetup@aniridia.org.uk to tell us how many people you will be bringing with you, so that we can have an idea of numbers when arranging the room and refreshments. Children are of course most welcome

If you know anyone else with aniridia in the Republic of Ireland or Northern Ireland, please do pass on this invitation to them.

Martin will speak on the following topics:

Rosa has dedicated many years in bringing together patients, doctors and researchers, advocating for a legal framework for rare diseases. She has held various leadership roles in Spain and across Europe. In her vision aniridia requires a European approach: the development of a European patients´ registry and a European protocol to encourage research and improve patient´ care. Rosa will talk about how Aniridia Europe can help you.

Avril is the CEO of Retina International the global patient-led  umbrella group dedicated to the promotion of research into Rare and Inherited as well as Age-related forms of retinal degenerative conditions.

Avril is the Vice President of EURORDIS (Rare Disease Europe) sand chairperson of the Irish National Alliance for Rare Diseases.

In 2011 Avril was appointed by the minister for health to the steering committee working towards the publication of the Irish National Plan for Rare Diseases, (2014) and now sits on its oversight committee and represents the patient voice on the working group of the Clinical Programme for Rare Diseases at the Irish Health Service Executive (HSE).

Avril was previously co-chair of the National Vision Coalition in Ireland.

Avril was a founding board member of the Medical Research Charities Group (MRCG) and the Irish Platform for Patients’ Organisations, Science and Industry (IPPOSI). Avril studied communications, journalism and business and previously worked in media relation. Avril lives with the rare retinal condition Retinitis Pigmentosa.

John trained as an integrative and humanistic psychotherapist and is a graduate of Dublin City University and the Irish Institute of Counselling and Psychotherapy Studies.  John will speak about counselling services available to individuals, children and families in relation to vision loss.

Sinead will share her personal experiences of living with Aniridia  and how this condition did not hold her back in terms of her professional qualifications in the legal profession and her love of sport.

Sinead will speak about her experience: running 7 marathons on 7 continents in 7 days!!!

Barbara reported at the 3rd European Conference on Aniridia in 2016: “in my opinion work is easiest if it is not approached with illusory expectations. As a member of Aniridia Europe and as the medical adviser for Aniridie-WAGR Germany I see many patients with Aniridia and I have come to realise that Aniridia (the lack of the iris) is not the major problem, but that the problem in PAX6 related Aniridia (or PAX6 syndrome) lie in the complications possibly leading to blindness”.

Caitriona manages the organisation’s advocacy work which involves representing the views of people affected by vision loss and raising awareness about vision loss. 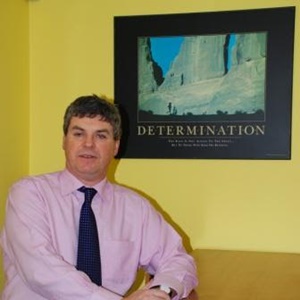 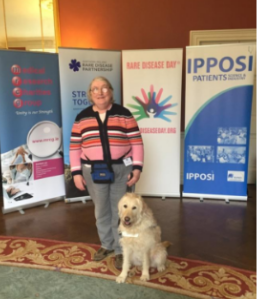 Eleanor has sporadic aniridia.  She attended St Mary’s School for the Blind, Merrion, Dublin, from the age of 10 years (1962) to 1971 when she left school with the Leaving Certificate.  Eleanor was a trail blazer as she was the first girl to leave St Mary’s having achieved the Leaving Certificate which qualified her to train as a Physiotherapist in London at the Royal National Institute of the Blind (RNIB), School of Physiotherapy.

Eleanor then took up employment in 1976 at University College Hospital, London where she held positions as Junior, Senior and Superintendent Physiotherapist.  She had a particular interest in the treatment of adults and children suffering from neurological conditions and obtained a Post Graduate Certificate in the Bobath method of treating children with Cerebral Palsey.  Educational achievement was key for Eleanor who went on to graduate with a BSc for the Remedial Professions in 1988.  She then embarked on various Open University courses, gaining a BA in Social Science and law degree (LLB Hons.Open).  She is currently working towards her Masters in Laws (LLM) with the Open University.  Having attended the Aniridia Network UK (ANUK) annual conference which took place in London in 2016, Eleanor took up the challenge of setting up the Ireland Aniridia Network UK.

Links to sources of help

A charity support group for people with the genetic visual impairment aniridia and their families in the UK and Ireland. Our vision is that people with/associated with aniridia are hopeful, confident, supported and well informed regarding aniridia. Founded in 2000. First registered as a charity in 2011 and fully in 2018.
View all posts by Aniridia Network →
This entry was posted in ANUK news and tagged event, Ireland, meeting, meetup. Bookmark the permalink.