Consultation on artificial iris implants guidance: have your say

Posted on December 12, 2019 by Aniridia Network 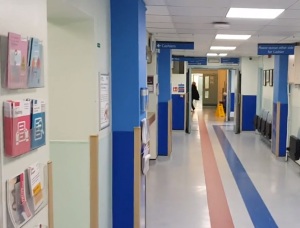 Draft guidance about using artificial iris implants in England is open for consultation.

This follows a review evidence on the efficacy and safety of artificial iris implants for people with aniridia.

The recommendation is that, for the moment, surgery to insert an artificial iris in patients with congenital aniridia should only be performed as part of research.

Take part in the consultation and let us know your views so that we can represent patients.

The National Institute for Health and Care Excellence (NICE) recently published draft guidance for using artificial iris implants in aniridia patients. It was writen after gathering all available medical evidence and patient feedback, from individuals who have had the procedure and from patient organisations including Aniridia Network. A public consultation is now collecting opinions about the draft guidance.

The consultation will close at 5pm on Thursday 19th December.

The final version of the guidance is due to be published in March 2020.

What is NICE guidance?

The purpose of NICE guidance, is to provide information for doctors in England on the risks and usefulness of a treatment. The issuing of NICE guidance is not ‘a stamp of approval’ for any particular treatment. It is simply a review of the latest research and other evidence regarding how safe and effective the treatment is. This evidence is used to draw up recommendations for surgeons on how and when the treatment should be used.

The NHS is not obliged to follow the guidance but it is considered best clinical practice.

NICE was established in legislation as an England-only body. However, we have agreements with the devolved administrations so that Interventional Procedures guidance applies in Wales, Scotland and Northern Ireland.

What is an artificial iris implant?

It may give some improvement in visual acuity but cannot reverse low vision caused by conditions such a foveal hypoplasia or nystagmus which many people with aniridia have.

There are several models available from different manufacturers. Surgery is required to fit the implant in front of the eye’s lens. The exact surgical procedure depends on the model of artificial iris being used and the patient’s individual needs.

As with all surgery, there is some level of risk. Patients with aniridia often have other eye conditions such as glaucoma or clouding of the cornea (keratopathy) which can develop after, or be made worse by surgery.

For this reason fitting an artificial iris implant is often done alongside cataract surgery. Cataracts is when the eye’s natural lens becomes cloudy. In surgery it is removed, and usually replaced by an artificial lens. Add an iris implant to the to the artifical lens reduces the need for (and therefore the risks of) two separate surgeries.

What does the draft guidance say?

After reviewing all the available evidence the NICE Interventional Procedure Advisory Committee recommended that:

What does this mean for patients?

There is no change for patients with congenital aniridia in England.

Artificial iris implants have been used in a small number of cases in the UK as part of clinical research. This will continue.

Not all hospitals with an ophthalmology department will be able to offer artificial iris implants. Patients would need to ask their ophthalmologist for a referral to a specialist centre to get the treatment.

The guidance gives patients considering artificial iris implants the chance to review the currently available evidence on the safety and effectiveness.

The feedback Aniridia Network has heard from medical experts is cautious; iris implants would not be recommended for most patients with congenital aniridia at the moment.

Artificial irses are definitely not a “cure” for aniridia. The main potential benefits could be a reduction in glare and hence the symptoms of photophobia, plus a more “normal” appearance to the eye if coloured implants are used.

The main risks are causing or making worse existing glaucoma and keratopathy, plus other complications which could arise during or after surgery (for example if the implant was to move out of place). These complications can cause further sight loss and may necessitate further surgery.

Where iris implants have been used in the UK so far, it has most commonly been done alongside a cataract operation. Surgery purely for fitting an iris implant may be considered not to have enough potential benefits to outweigh the potential risks.

Patients should bear in mind that this procedure is still considered experimental. Any decision should only be made after an in depth discussion with their ophthalmologist about their individual circumstances.

How can I find out more and give my views?

Read the draft guidance and submit your comments using these links:

We at Aniridia Network would also like to hear what our members think about this draft guidance so we can respond to the consultation in a way that represents the patient community as a whole. Tell us what you think by emailing: info@aniridia.org.uk.

A charity support group for people with the genetic visual impairment aniridia and their families in the UK and Ireland. Our vision is that people with/associated with aniridia are hopeful, confident, supported and well informed regarding aniridia. Founded in 2000. First registered as a charity in 2011 and fully in 2018.
View all posts by Aniridia Network →
This entry was posted in Medical staff talking and tagged consultation, implants, iol, NICE. Bookmark the permalink.