A child with a rare condition brings additional challenges and opportunities

Being the parent of a child with a rare condition brings with it an additional layer of challenges and opportunities. Both my children were born with medical conditions but only one is rare.

Natasha was born with a cleft lip and palate. Support was available from diagnosis, from a professional team. So our emotional adjustment began before she arrived. We felt well supported, walking a path many people had walked before. We trusted the team because they’d seen it all before and could reassure us and advise best treatment. They could talk us through all the things to expect in terms of treatment as she gets older. She will remains under the same team until she’s 21. The professionals all know each other, communicate well and refer between each other as the need arises. 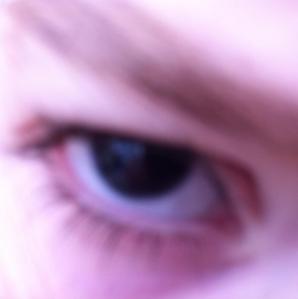 However, Zoe’s aniridia was diagnosed at 5 weeks old, after we’d raised concerns. We got an initial diagnosis relatively quickly but were referred on immediately as the local consultant had never seen it before. The journey we’ve walked with Zoe has much more isolated.

Zoe’s care is not joined up; she regularly sees 4 different teams and they don’t communicate. It has been a constant journey of discovery, mostly with me seeking answers from other people with the condition or individual professionals who do a single bit of research.

Several times we’ve highlighted problems and these have not been taken seriously as it did not fit into any neat box of the limited role of that professional. They don’t have time to do extensive research into aniridia or appreciate that the problems go beyond her eyes. This means we’ve had to fight for answers and the best care. Her care is micro managed with poor communication between the teams. Often we are left to educate the professionals. The hardest parts have been getting our sleep issues taken seriously and understanding the deteriorating nature of the condition.

Having described the constant battle we’ve had, she has done extremely well. She is registered blind but people often say you’d never know. This is both a compliment and a hindrance. Overall, I am extremely proud of her and how far she’s come. From a very unsettled baby who didn’t smile or sleep to a confident, brave child who has a learned a large range of coping strategies that we are often unaware of.

Our journey isn’t over yet, there are still areas we are working on, areas that we see as a difficulty that professionals don’t and I think in time these will be recognised as part of this syndrome. Until then I continue to support both my girls to live a fun, normal, healthy, fulfilling life. They both have excellent role models external to the family.

Please take a moment to understand the complexities of having a rare condition and send a little more understanding to those families who walk this complex, challenging yet rewarding path that they did not chose to be on.

A charity support group for people with the genetic visual impairment aniridia and their families in the UK and Ireland. Our vision is that people with/associated with aniridia are hopeful, confident, supported and well informed regarding aniridia. Founded in 2000. First registered as a charity in 2011 and fully in 2018.
View all posts by Aniridia Network →
This entry was posted in Parents' accounts and tagged diagnosis, HB. Bookmark the permalink.