Our Patron’s Life Scientific on Radio 4 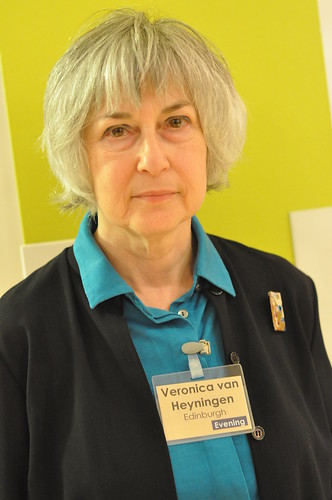 Aniridia Network UK’s Patron, Veronica Van Heyningen, was the subject of the BBC Radio 4 programme Life Scientific today. The half hour interview explored her love of research, particularly on the aniridia and the PAX6 gene plus her contribution to the ethics of working in genetics.

Her colleague Professor Wendy Bickmore said, “She’s got a great eye for the unusual. So rather than brushing aside the one case that perhaps doesn’t fit the simple hypothesis she’ll take that case and really use that and work away at that to uncover something quite new.”

Professor Nick Hastie commented, “Veronica pays so much attention to good design of experiments clear interpretation and doing experiments the right number of times to know you are on the right track. She is so meticulous in writing papers, she really wants to be accurate and precise.”

“One of the things that impresses me most about Veronica is her passionate desire to inform the public about genetics and the ethical issues, to take a stance not hide away from taking this stance.”

Since retiring Veronica has become Honorary Professor and Visiting Scientist at the Institute of Ophthalmology, University College London which is attached to Moorfields Eye Hospital. She is a good friend and colleague of many of the doctors that ANUK members are seen by.

We announced Veronica’s appoint as Patron at our 2013 Conference. Since then she has been outstanding at recruiting several of the most experienced doctors and researchers in aniridia, in the UK to join her on our Medical Panel.

Hence ANUK members can ask these experts questions via our enquiries service and at our conferences. She has also contributed to discussions on how ANUK should develop.

Thousands of listeners will have heard details of aniridia for the first time from this programme. So thank you Veronica for sharing your scientific life with the world and with Aniridia Network UK.

A charity support group for people with the genetic visual impairment aniridia and their families in the UK and Ireland. Our vision is that people with/associated with aniridia are hopeful, confident, supported and well informed regarding aniridia. Founded in 2000. First registered as a charity in 2011 and fully in 2018.
View all posts by Aniridia Network →
This entry was posted in Aniridia Network news, Medical staff talking, Research and tagged media, Patron, Veronica. Bookmark the permalink.