Responses to feedback about Conference 2018

Thank you for all the excellent feedback about this years conference. We will certainly try to put in place many of the suggestions that were made. We will publish the survey results shortly.

There were some points made, that we want to respond to; to dispel any misconceptions and explain why things are done the way they are.

“I am surprised that the event cost so much to put on. Assuming that the speakers did not charge for their services, I would have thought a cheaper venue of similar quality could be found – maybe outside of London?” 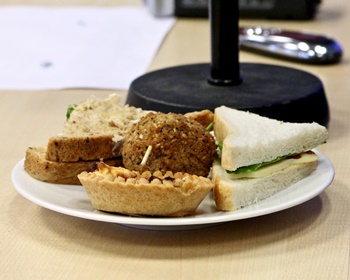 The speakers did not charge to appear. In fact those who were also delegates, paid to be there. We do extensive searches for suitable venues in every city we visit. Resource For London, with it’s discount for charities, is easily the cheapest compared to others of similar quality, facilities, size and accessible location. Catering is the largest single expense even though we choose budget menus. The total cost of just under £6,000 is similar to the conferences we have held elsewhere in the country including Bristol and Newcastle. We cover half of this cost from fundraising income to allow ticket prices of £21 instead of around £45 for adults.

We would love to hear of more low cost conference venues, close to major transport hubs, with capacity for 100 people in cabaret style, plus rooms for the creche and exhibition.

Structure of the day

“The afternoon break could have been shorter, particularly as some of the speakers had left by then.”

We of course hope that speakers will attend for the whole day, to talk with delegates. But their other commitments often only become apparent close to or on the day of the event.

Our feedback surveys of previous events are consistent that most delegates want long break times, because they value the opportunity to meet with others so much. Indeed this year the break times were the most highly rated element of the event! 62% said the agenda gave the right balance while 19% wanted more time to talk.

There have been suggestions to facilitate introductions and also timetable opportunities to chat as alternatives to talks that are less relevant to some delegates. We will look into these good ideas for future events.

“Split the conference into (parallel) sections according to the stage of life the talk is connected to.”

This is very difficult to get right. Many topics are applicable to a range of people. Parents of children with aniridia for example are in both categories of what initially appears to be a obvious segregation.

In the past we have tried running two sets of talks at the same time. Some people complained that they were unable to attend both sets. Repeating the talks is essentially the same as a single track yet increases the burden on speakers, potentially room hire costs and the complexity of having sight impaired delegates moving around the venue.

The timing of presentations is also often influenced by other factors such as length of the talks and slots, and the availability of the speakers. Lastly there is the desire for a sensible sequence so that the day flows well.

“I thought the AGM slot could have been shorter”

We are required to hold the AGM, legally and to be accountable to you, our members. If less than 5% of members (about 30-40 people) attend it, the AGM is not valid. Therefore we have to hold it in the middle of the day, precisely to avoid people skipping it.

We do streamline it but should actually spend longer on the elections to be diligent.

As James described at the end of the AGM, one option is to change our governance model to be a trust, where members and AGMs are not required. This would solve one issue but could create others. We’d love to hear your thoughts on this.

“Provide speakers helpful tips on audience, language and presentation of information so that each talk is beneficial to the majority.”

“Hold a rehearsal to give feedback and fix volume problems.”

We do indeed tell speakers to cater for parents, patients and professionals with different levels of understanding and so the need to use simple language. We also provide guidance on designing accessible slides, such as about contrast and font size. Plus we tell them to describe any images.

We do ask for slides in advance and in the past have sometimes organised run throughs, in a bid to catch problems. These are all subject to the speakers submitting their slides on time and their/our availability in advance and on the day.  We will continue trying to improve this, for example the great suggestions of referring presenters to a good example videos or even seeking advice from Fern!

“I think it was a shame that Glen Turner’s session was removed from the agenda.”

Yes it was a shame. Due to overrunning by previous speakers we were late by 30 minutes, the same time scheduled for Glen’s talk. Glen’s speech about his life with aniridia was only included at the last minute due to a cancellation by a doctor who was due to appear. So it was not advertised for most of the ticket sale period. Glen’s talk and other videos can also be viewed on YouTube and we had another talk from a patient scheduled: Fern. Lastly, having spoken to Glen  we were confident that he would be able to talk at a future event instead.

there seemed to be no bowls/water for guide dogs. I know people could bring their own, but this can be difficult.

There were two water filled dog bowls but we admit that we didn’t highlight them. We will add it to our list of things to to tell delegates at future events. We’ll also try to arrange more volunteers to take dogs for walks to spend.

A charity support group for people with the genetic visual impairment aniridia and their families in the UK and Ireland. Our vision is that people with/associated with aniridia are hopeful, confident, supported and well informed regarding aniridia. Founded in 2000. First registered as a charity in 2011 and fully in 2018.
View all posts by Aniridia Network →
This entry was posted in Aniridia Network news and tagged conference, conference 2018. Bookmark the permalink.

1 Response to Responses to feedback about Conference 2018