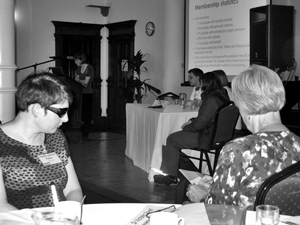 We hope that you have been keeping up to date with what has been going on for Aniridia Network UK (ANUK) through the newsletters that we send out during the year.

At the meeting the following as trustees were appointed until the 2015 Annual General Meeting.

A charity support group for people with the genetic visual impairment aniridia and their families in the UK and Ireland. Our vision is that people with/associated with aniridia are hopeful, confident, supported and well informed regarding aniridia. Founded in 2000. First registered as a charity in 2011 and fully in 2018.
View all posts by Aniridia Network →
This entry was posted in ANUK news and tagged AGM, Annual General Meeting, annual report, conference, conference 2014, meeting, trustees. Bookmark the permalink.