Taking part in research into aniridia, hearing and memory

In the Summer 2010 Aniridia Network UK newsletter there was a call to take part in research into the effect of the aniridia gene (PAX6) on the parts of the brain that deal with hearing and memory.

Having done some similar experiments in the past I volunteered. I was soon on the train to Chalfont-St-Peter outside north west London. The venue was the National Society for Epilepsy. because there is the highest resolution MRI scanner in the UK. 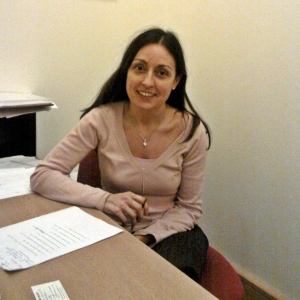 Mar the researcher first put me through a series of verbal perception, language and memory tests. Some were quite taxing but all were fun.

Then I was laid down and slid into the MRI scanner. The noise necessitated ear plugs and its cooling system meant I needed a blanket to keep warm.
The scanning took 45 minutes. During this time I mused about some of the memory tests and decided that the sound of the scanner could be used as the base line for a dance music track, I wonder what effect this had on the resulting imagery of my brain!

Afterwards we did a few more tests. Then I was on my way home.

The lead researchers (Professors Sisodiya and van Heyningen) also wrote to my GP to recommend that I get genetic testing. I did have this as a I child but my medical notes give no details of the results. My full notes and testing are necessary if I am to take part in the WAGR NIH study in the USA. A nice coincidence is that Mar also used to work at National Institute Of Health (NIH).

Volunteers are still needed for this study. If you would like more information or take part email sisodiya@ion.ucl.ac.uk.

1 Response to Taking part in research into aniridia, hearing and memory